My name is Lisette.

I have always worked with people, throughout my whole life, in one way or another. I've pretty much always been the one, that everyone would come to, to get help with their challenges in life. I thought it was really nice to be able to help others, to get on the right path in their lives.

In September 2012 my life took a serious turn, my world was changed in a split second, I had a terrible accident with my horse, where we crashed with between 40 and 50 km/t, my life could have ended on that beautiful autumn day in the field, thankfully’ it didn't. 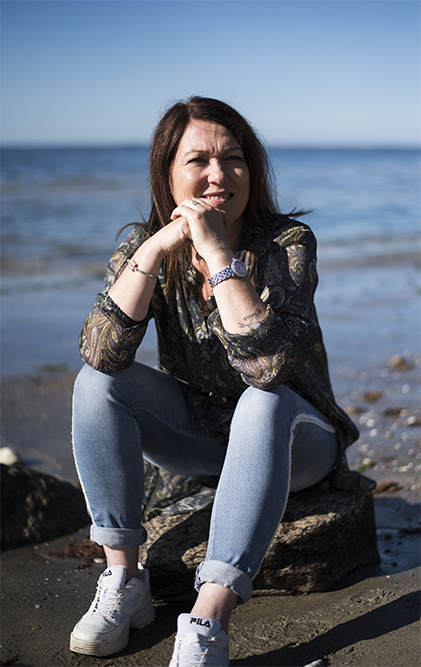 A long story short, nothing physical happened, on that note, no one broke bones, fractures, or sprains, I was very lucky, the doctors said with only some bruises. But mentally there was a huge aftermath, I got stressed, depressed, got anxiety, which developed into fear of death, my thoughts completely ran off with me, I don't think, that I had been so far down in my life ever!.

You may be wondering, why am I writing this, it's really to tell you, that there is a way out, there is a way to get control over your thoughts and life again,
also for you too. I have gone all the way.

I ended up with several different therapists, without that helping me, I was so desperate and frustrated that I could not move on.
I ended up taking a life changing course with a coach, it's simply the best thing that I've done for myself, I will forever be grateful to him, for turning my world around.

Based on what it did for me, I chose to go the same way, in 2014 I took a Business coach and Life coach education at Manning Inspire. Later in 2014 I took Coaching in Organizations, which includes cognitive coaching, narrative coaching and 3 generation coaching.

I have really always known that I was different from others, through my upbringing, and throughout my life, but I could not put a finger on it, or put it into words at the time.
I knew a lot of things before they were said, or before they happened. I could “"feel"” when someone tried, to sneak up on me, to
scare me, I knew they were there.

I just thought I had a really good intuition, and that is true. I have found that, I have a whole host of helpers, angels, ascending masters, ancestors, wisemen, archangels, and spirits standing ready to help me convey messages to my clients.

After some different experiences, I did not quite understand I chose to contact a new modern witch Mariakaisa who could help me on my way to “"shut down" everything” that was going on in my head, or at least that was what I thought when I started education for the Energy Master
Practitioner at Mariakaisa. During the training, I became really curious about what it really was I could / can and it's crazy. It's everything from healing, angel card, work with crystals, deceased contact, talking to spirits, clairvoyance, chakra balancing, etc.

In 2017 I took a superstructure to stress coach, where I became a part of the MINDstrain family. The MINDstrain method is a further development of
Meta cognitive psychology, which is the latest in stress management, it is evidence-based tools and documented method for preventing stress and anxiety.

I am also a freelance MINDstrain coach at Securitas Strain Line, where I'm part of their amazing team, where I help clients, with take back control of their lives.

It's simply the best thing I've ever done, here I work from a simple structure and I have some amazing tools.

and it's so nice to see the clients faces, when they get the insight that they can keep track of their thoughts, and not let the thoughts control their
any life longer.

I look forward to welcoming you. ❤️

The most loving greetings

You can find out more about, which cookies we use, or turn them off settings.

This website uses cookies, so we can give you the best possible user experience. Cookie information is stored in your browser and performs functions such as recognizing you, when you return to our website and help our team understand, which parts of the website you find most interesting and useful.

Strictly necessary cookie should be enabled at all times, so we can save your preferences for cookie settings.

If you disable this cookie, we will not be able to save your preferences. It means, that every time you visit this website, you must enable or disable cookies again.

This website uses Google Analytics to collect anonymous information such as the number of visitors to the page and the most popular pages.

Please enable strictly necessary cookies first, so we can save your preferences!